Singer Michael Bublé performs at the Barclays Center on September 29, 2013 in the Brooklyn borough of New York City

Its Sunday and its Brooklyn… My second time shooting at The Barclays and this time i was notified that photographers will be shooting from the soundboard and NOT the pit.  This means that we will be shooting from across the whole arena… Far. I always thought about getting an extender, a teleconverter, for my camera so in the morning i ran into the city to pick one up.  I chose the Nikon TC-17E which will make my 200 mm lens shoot at 340 mm… I hope this will help with the distance. One of the other photographers used the Canon 400mm 2.8 for the event… sweet lens 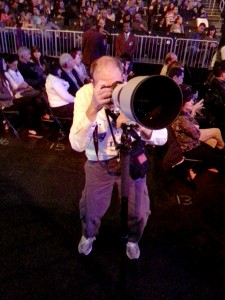 I got to the the venue in time to shoot the opening band, Naturally 7, so I could test out the new gear. With only 3 songs to shoot there’s really no time to try things during Bublé’s set.

Overall things went well.  Not sure i’m gonna keep the Teleconverter… I could use some more time to test it out.

You can see all the pics HERE