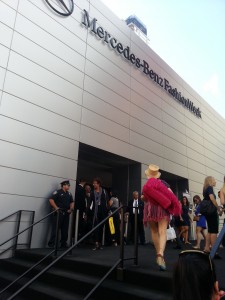 Right outside the main tent at Lincoln Center 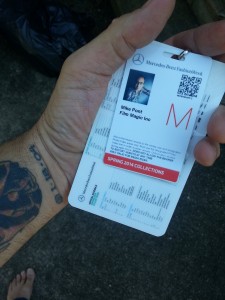 Its my first fashion week and my first show is the BCBGMAXAZARIA Show.  It’s a big one… (that’s what she said… ha)
Some of the celebrities that attended the event were Heidi Klum, Cora Santana, Jesse Metcalfe,  Estelle, Selita Ebanks, and Giuliana Rancic.
I first shoot the red carpet and then make my way down to the runway where i am allowed to shoot the front row, the celebrities, as the are being seated. I am also allowed to shoot the show from the standing room up top but unfortunately its packed and impossible for me to find a place to shoot from. 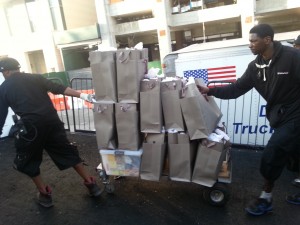 Gift bags for attendees are loaded into the tent 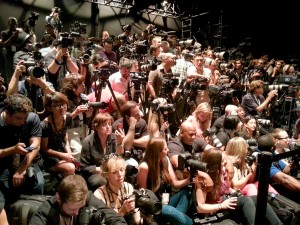 Photographers focused on the runway at the BCBGMAXAZARIA fashion show 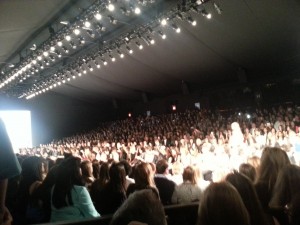 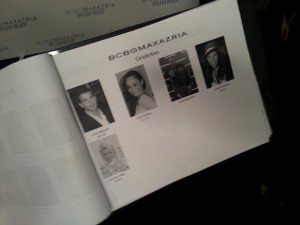 Page of the “face / tip sheet from the event

Photos from this event can be seen HERE

The Christian Siriano show was early on a Saturday. I drove in and parking was a nightmare because of fashion week. Backstage was insanely hot from all the lights and there being no ventilation in a relatively small room.  Christian Siriano was running around doin last minute stuff. Some of the celebrities on hand for this show were Selma Blair, Lindsey Gort, Atlanta de Cadenet Taylor and Leigh Lezark.

Backstage at the Christian Siriano show 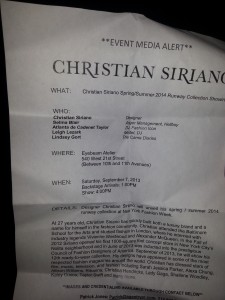 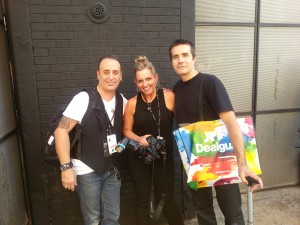 Check out all the Christian Siriano show photos HERE

Got to the Hache show early and found out i was shooting the actual show… It wasn’t a straight runway the models walked around the floor of the building. Photographers were all set up at the end of a long straight run… I wish i had a monopod!

Check out all the Hache show photos HERE

Next its over to the Helen Yarmak show.  Its on one of the top floors of in The Crown Building on 5th Ave, across the street from Trump Tower. The models displayed the new looks walking around  the inside and around the balcony that went around half of the building.  Got a chance to get some awesome shots with the models. 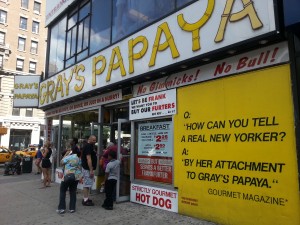 Stopped for a quick dog at Greys! 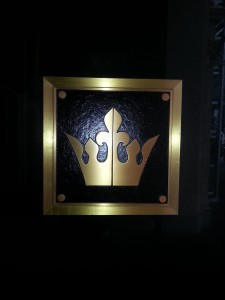 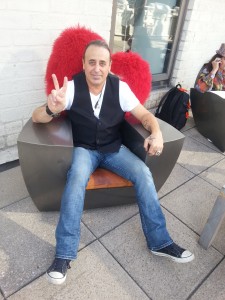 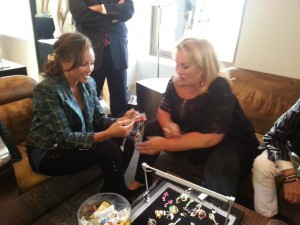 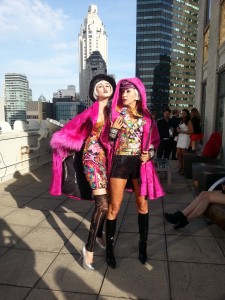 Showed up the the Kristen Cavallari show after covering a press gathering for a new play called Snow Geese with Mary Louise Parker.  I wasn’t sure exactly what i was supposed to shoot on this one, so I did all of it… The red carpet, backstage, and the actual show… I think i got some good stuff.  Did the same for the Angela Simmons show. 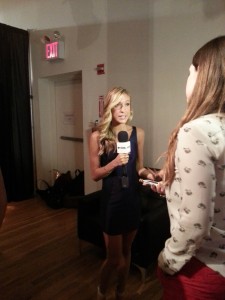 The Face was not actually a “Fashion Week” event, it was the filming of an episode of “The Face” TV show with Naomi Campbell. The media call time was 9:30 am but we didnt start shooting until around 2 pm… Hot, Hungry, and Bummed.  It was a quick shoot once it began and I was able to get amazing shots. 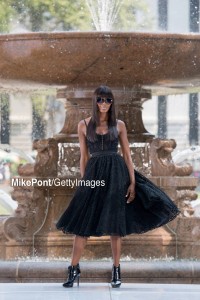 Check Out “The Face” photos HERE

This was one of the final events of Fashion Week… earlier this day Nicole Kidman was run over by a Paparazzi on a bicycle.  It was a fairly quick and easy shoot… and thats a wrap… my first NY Fashion Week! 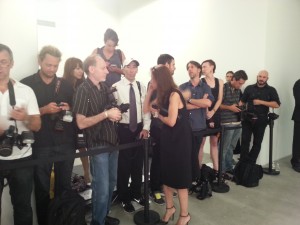 Check out all the Calvin Klein Red Carpet photos HERE